Blog Cannabis Banking Cannabis SAFE Banking: How Close Are We?

Cannabis SAFE Banking: How Close Are We? 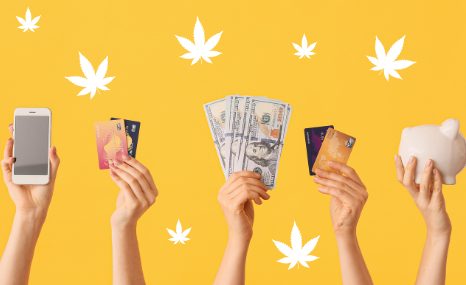 If you own a cannabis business, you have been following the progression of legislation that would remove the barriers to conventional banking.  Essentially, taking one of the highest growth sectors in America out of the financial “dark ages” of relying predominantly on cash sales and expense transactions.

On July 21, 2022, Senate Majority Leader Chuck Schumer, announced that a new piece of legislation would be a priority to enact.  One that could remove the obstacles that cannabis companies have been struggling with since the first state (California) legalized it in 1996.

But while the news is encouraging, there may still be a long way to go before chartered banks can provide unencumbered services to the cannabis sector.  It has been an uphill battle for over twenty-five years, and some feel that it may still be several years before the banking restrictions are lifted.

Cannabis businesses are skeptical that there will be enough momentum and support to carry the new legislation introduced today and enact new regulations.  Because provisions to provide banking services have been introduced before and fallen before the U.S. Senate. Many times.

In 2014, the U.S. Treasury provided regulatory guidance to chartered banks in the United States.  At that time, banks were informed that they could provide financial services to cannabis-related businesses. With a set of very difficult compliance requirements.

Prior to the release of the new guidance, there was a 2013 memo created by the U.S. Department of Justice Deputy Attorney General James M. Cole. The “Cole Memo” outlined how the Department of Justice (DOJ) would conduct both civil enforcement and criminal investigations of the cannabis business in the United States.

The Department of Treasury Financial Crimes Enforcement Unit (FinCEN) regulatory guidance was published on February 14, 2014.  It was called “BSA Expectations Regarding Marijuana-Related Businesses”.

Tracing the origins of sales and cash deposits is of great concern to federal regulators.  While some studies have reported state legalization of cannabis (medical and adult-use) may reduce organized crime, reporting is not standardized.  Or currently enforced.  Which gives federal regulators cause for concern as they consider amending current cannabis banking laws.

In the interim, the underbanked cannabis sector also faces lending challenges that stifle the growth of independent or boutique cannabis cultivators and dispensaries. And cash-only cannabis businesses face increased risks of loss, and safety liabilities for customers, staff, and business owners. What Steps Do Banks Have to Conduct Before Serving Cannabis Businesses?

It is not impossible for banks to offer financial services to cannabis businesses.  But the compliance requirements are so arduous, that it has not been feasible for the largest financial institutions in the country.

(i) Verifying with the appropriate state authorities whether the business is duly licensed and registered.

(ii) Reviewing the license application (and related documentation) submitted by the business for obtaining a state license to operate its marijuana-related business.

(iii) Requesting from state licensing and enforcement authorities available information about the business and related parties.

(iv) Developing an understanding of the normal and expected activity for the business.

(v) Ongoing monitoring of publicly available sources for adverse information about the business and related parties.

(vi) Ongoing monitoring for suspicious activity, including for any of the red flags described in [the] guidance

The red flags described in the guidance include any indications of criminal involvement, provision of products to minors, or money laundering to name a few.  That means banks would have to conduct ongoing monitoring of business activities.

What Kind of Cannabis Businesses Are Underbanked?

Failure to do so (in the event that the business does violate laws) and according to the Department of Treasury guidance, could result in fines and charges against the financial institution. It is not just dispensaries that are unbanked, thanks to federal banking regulations.  Because any business that is plant-touching or derives revenue from a service related to cannabis products can also be restricted.

Those types of companies include ancillary businesses and services like:

When many people consider banking restrictions, they do not realize the allied industries that are also impacted by the same financial obstacles.  And that has led to a growing problem of cash-only-based transactions and bill payments.

While legislators have tried to restrict banking services to reduce organized crime, inadvertently, the imposed challenges have led to an uptick in theft and violent crimes.  Increasingly resulting in injuries or death.

In November and December of 2021 alone, more than twenty-five dispensaries were robbed, according to Americans for Safe Access. And officials from Washington State reported that by May 2022, there were over fifty theft and robbery crimes reported so far.

Paybotic provides POB services to the cannabis sector, including debit card transactions, echeck, and ACH payments to give CRBs a more safe and more secure alternative to cash.

The SAFE Banking Act was introduced in 2021, in an effort to bring federal and state law together to protect financial institutions.  Right now, any chartered bank that offers depository or payment processing services to a cannabis business is vulnerable to federal prosecution.

Providing protections for banks is the main goal of the SAFE Banking Act.  And making it easier for banks to provide those services.  Senate Majority Leader Chuck Schumer, with Senator Ron Wyden (D-Oregon), and Senator Cory Booker (D-New Jersey) introduced the

On July 21, 2022, the Cannabis Administration and Opportunity Act was introduced. Two of the bipartisan priorities regarding cannabis regulation are addressed in CAOA; additional funding for law enforcement and resources to find and prosecute unlicensed cannabis operators.

The legislation also provides for social equity lending for cannabis entrepreneurs to improve minority ownership. And mass expungement for Americans with previous or current non-violent cannabis-related charges for possession.

It is known that President Joe Biden is supportive of certain elements of cannabis legal reform.  For example, the President has stated on numerous occasions that he supports mass expungement and the decriminalization of cannabis.  Where personal-use possession crimes would result in a citation or fine, but not a misdemeanor or felony offense.

However, when it comes to improving banking restrictions and federal rescheduling of cannabis from Schedule 1 of the Controlled Substances Act, President Biden has not voiced similar support.  And bipartisan members of the U.S. Senate appear to share that stance.

Senate Majority Leader Chuck Schumer has voiced his own skepticism, regarding cannabis banking reform.  A fight in the Senate is expected, against the proposed Cannabis Administration and Opportunity Act (CAOA).

This means that changes to banking regulations may not happen as soon as the cannabis industry would like.