Lighting a Fire Under Marijuana Legalization 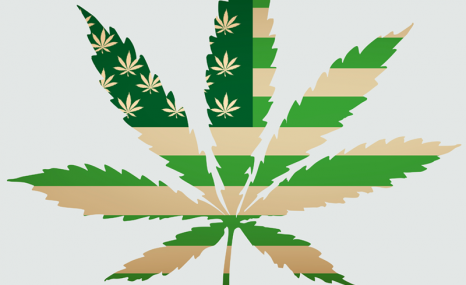 The state moves come as federal marijuana legalization efforts continue to stall. The U.S. House of Representatives has passed a far-reaching reform bill – the Marijuana Opportunity Reinvestment and Expungement (MORE) Act this summer – but the legislation is said to be blocked in the Senate. The MORE Act would remove marijuana from the list of federally-prohibited substances and expunge the records of those convicted of certain marijuana offenses.

All is not lost, however, when it comes to criminal records related to marijuana. In October President Joe Biden issued a proclamation pardoning thousands of individuals who have in been convicted of marijuana possession under federal and Washington, D.C. laws. The President said he also has asked the Secretary of Health and Human Services, and the Attorney General to initiate a formal review of the classification of marijuana as a dangerous drug.

“Too many lives have been upended because of our failed approach to marijuana. It’s time we right these wrongs,” the President said.

The nation’s archaic marijuana laws have saddled millions of Americans with criminal records for simple possession of marijuana, especially Americans of color. An analysis by the American Civil Liberties Union revealed that of the 8.2 million marijuana arrests between 2001 and 2010, 88% were for simple possession. And despite roughly equal usage rates, black Americans are 3.73 times more likely to be arrested for marijuana offenses than are white Americans.

Some states are offering a helping hand to those who have suffered under these archaic laws. At least 5 – California, Colorado, Maryland, New Hampshire and Oregon – allow those convicted of marijuana possession to get their criminal records sealed or expunged. Additionally, New York has said it will award the first 100 licenses for adult recreational dispensaries are reserved for citizens with past cannabis-related convictions. The law that’s up for a vote in Maryland would provide similar considerations for folks in that state with cannabis-related convictions.

Are you looking to open a cannabis dispensary in one of the 39 states that allow sales of cannabis products for medicinal and/or adult recreational uses? Then you need a partner that understands the market and can provide financial services products that support your business. Click here and start a conversation with a Paybotic specialist.